Yes, This is Kolkata in West Bengal, where molestation of Hindu girl is nothing but an eve-teasing. The Press, Political Parties and Intellectuals don't bother it to keep the sanctity of Secularism of Bengal. 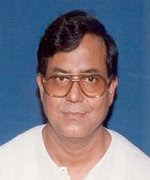 Source : Hindu Samhati at 9:34 AM http://www.hindusamhati.org/

you may please react to the following contacts:

Posted by Bengal Spotlight at 2:27 AM