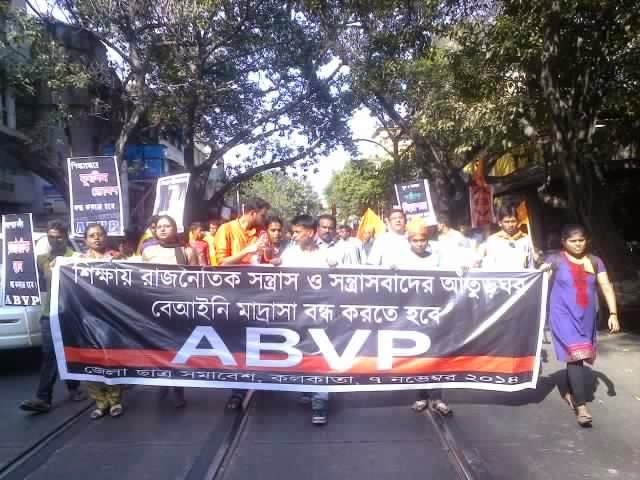 Spotlight News Bureau | Kolkata | 7 Nov 2014:: In its Mid-day programme called as "SAVE CAMPUS", Akhil Bharatiya Vidyarthi Parishad (ABVP), the student organ of RSS emerged as a big force in the educational campuses throughout the state of West Bengal on 7th Nov 2014.

The programme was declared with 5 points demands as 1. Ban on illegal Madrasas as the breeding hub of terrorism. 2. Prohibition of Political aggression in Educational campus. 3. Development in Educational infrastructure and introduction of employment based curriculum. 4. Ban on Muslim appeasement in the field of Education and 5. Ensuring the security of girl students in the Educational institutions.

So far, reports have been came from 12 districts with a high attendance of students and supporters in the 'Save Campus' meeting, rally and deputations in district HQs and different places in Kolkata, North & South 24 Pgs, Murshidabad, Birbhum, Darjeeling, East and West Medinipur, Howrah, Malda, Nadia and Burdwan.

A delegation of ABVP, which was going to the North 24 Parganas District Magistrate office to submit a memorandum to the DM was attacked by some miscreants, police said. Sources said that the miscreats have links with TMCP, the students union affiliated by the Trinmool Congress, the ruling party in West Bengal.


The ABVP delegation led by its secretary Prabir Haldar was on its way to the DM office from Colony more here when it was attacked near the No 11 railway gate, the police said.

To protest the attack, ABVP members blocked the NH 24 and squatted on the railway tracks near Barasat railway station for around 45 minutes before police reached the spot and dispersed them.

Amalaendu Chattopadhyaya, veteran RSS Procharak (whole timer) and the BJP, State Secy (Org) and Ritesh Tiwari, State Leader of BJP went to see the condition of the activists of ABVP, who was being treated in Barasat Dist. Hospital after getting head injury by the TMCP goons.

In a press statement Subir Halder and Gargi Mondal, Joint Secretaries of West Bengal ABVP condemned the politicised attack by ruling party men on students' rally without any provocation. They aspire bigger organisation of ABVP for a value based education in West Bengal by crushing down the evil forces already sheltered into the educational campus and in the sphere of cynic civil society. 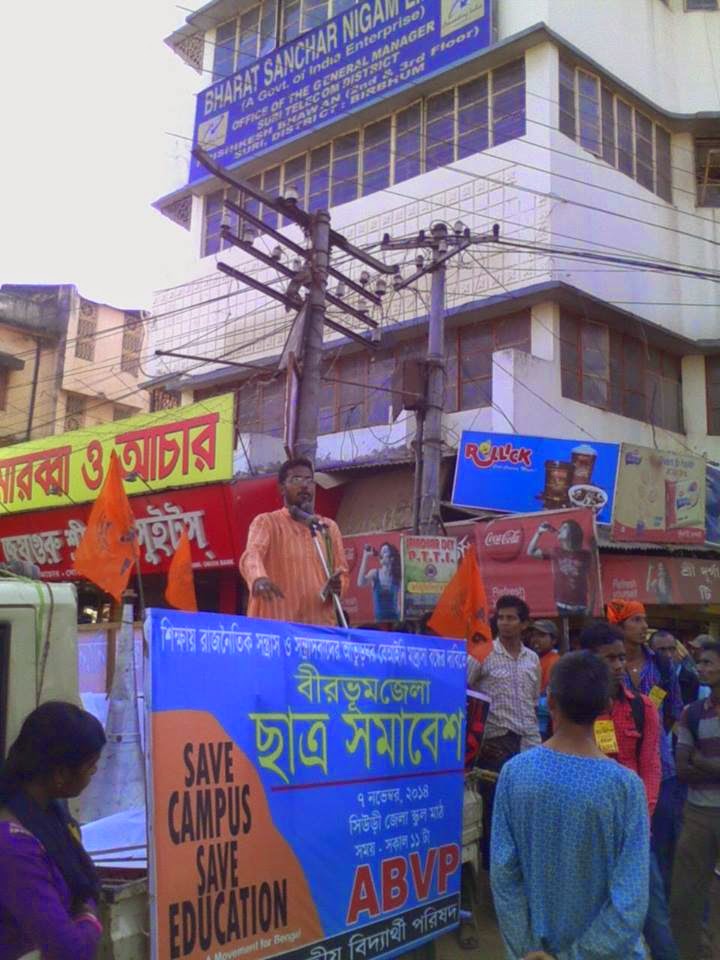 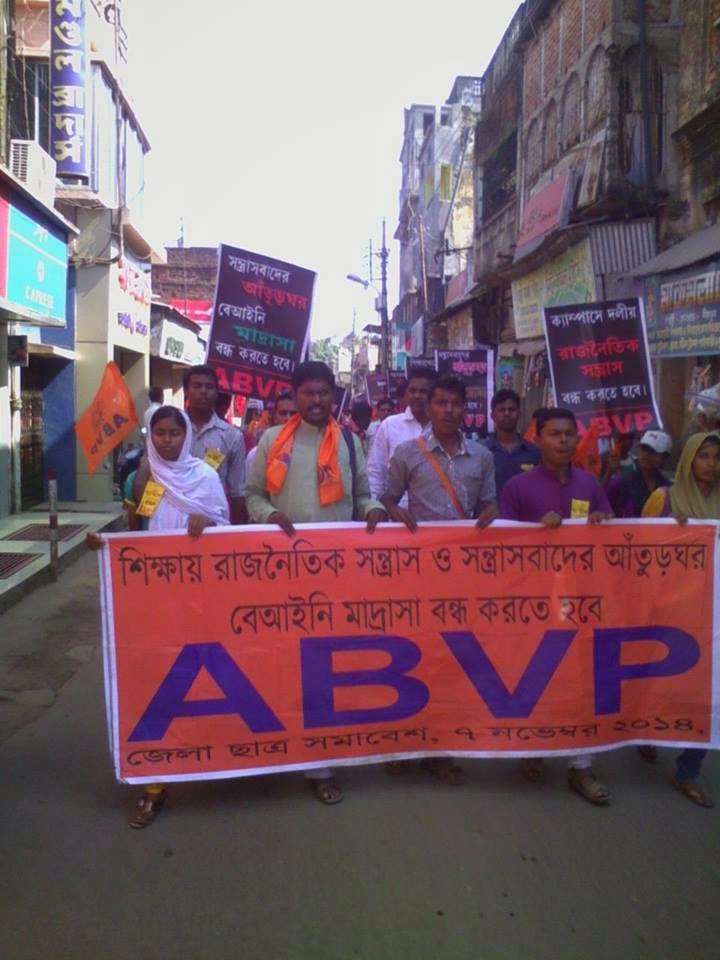 Pic Source: Dr. Manaspati Deb and others in Facebook

Posted by Bengal Spotlight at 8:03 AM