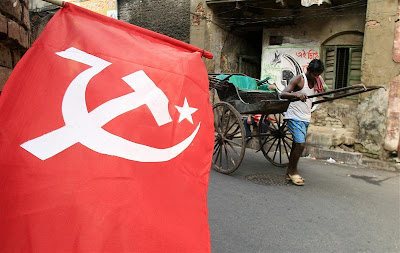 Press Trust of India
KOLKATA, 8 Feb: On a day Andhra Pradesh High Court struck down job reservation for Muslims in the southern state, the West Bengal government announced a 10 per cent quota in employment for the community under the OBC category. The West Bengal government today declared the quota for the Muslims who were educationally, socially and economically backward in the state.
“We have decided to accept the recommendations of the Ranganath Mishra Commission and will take steps to implement it,” chief minister Mr Buddhadeb Bhattacharjee told newsmen at the state secretariat without waiting for the Centre's decision on the report.

He said like other states, there was reservation for SCs, STs and OBCs in Bengal. The government, he said, had begun the process of identifying Muslims who were educationally, socially and economically backward. The state already has 7 per cent reservation for OBCs. After identification, the intended beneficiaries would be provided reservation under the OBC category, the chief minister said.
Earlier in the day, a Constitution Bench of the Andhra Pradesh High Court struck down a state law providing 4 per cent reservation in educational institutions and jobs to 15 groups belonging to the Muslim community. 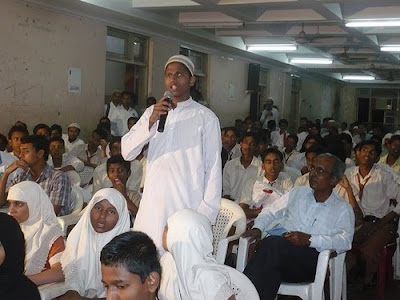 Soon after the court's order, chief minister Mr K Rosaiah directed Andhra advocate-general Mr DSR Murthy to file a special leave petition in the Supreme Court challenging the verdict.
“The state government is committed to providing 4 per cent reservation to backward class Muslims in the state,” Mr Rosaiah said in a statement. The court, in its order, set aside the state act and a subsequent 2007 government order allocating 4 per cent reservation to the Muslim groups in educational institutions and jobs.
Earlier, the state had moved a Bill in the Assembly on the basis of a report submitted to it by the Andhra Pradesh Commission for Backward Classes. The Bill was later passed by the Assembly. The report had recommended that the socially and educationally backward should be adequately represented in the state. A government order was issued on 7 July, 2007 providing for the quota to Muslim groups.
On 1 February, the ruling Left Front had endorsed the Ranganath Mishra panel recommendations for job reservation for minorities.
Left Front chairman Mr Biman Bose had said that reservation was essential for socially and economically backward Muslims and had ruled out that religion was a consideration.
The announcement for reservation comes ahead of elections to the Kolkata Municipal Corporation and 82 municipalities across Bengal in May-June this year in the run-up to next year's Assembly polls in the state.

It is a Clear Win of the Muslim Reservationists in Bengal. But the Hindu unemployed and poor CPIM cadres will surely reject Buddhadev Bhattacharya. Now its a definite defeat of the present Chief Minister in the next Assembly election. The disgusted Hindu electorates cannot be a mere onlooker of this situation. They always condemn the competition between Buddhadev Bhattacharya and Mamata Banerjee in the matter of Muslim reservation. But some questions are there to go through the situation.

Whether this reservation will ensure the all round development of Muslim society without a subtle planning of population control ?

Whether the madrasha education will make the Muslim boys to make competent enough to enter into a job or a higher profession ??

What is the mystery in CPIM to consider "Caste Struggle" is more vital than the "Class struggle" ???

When this competition of TMC and CIPM for the appeasement of Muslims will take an end in Bengal ????

Why minority Hindus will not get the reservation facilities in three Hindu minority districts of Malda, Murshidabad and Uttar Dinajpur and 62 minority Hindu blocks in West Bengal as per 2001 census ??????

Why the Chief Minister post of West Bengal will not come under Muslim reservation ???????

Why Razzak Molla or Sultan Ahamed or Shiddikullah Chowdhury will not the Chief Minister of West Bengal ???????

Why not a separated Muslim Bangla for a satisfactory Talibani Society here ??????????
posted by : Sambuddhha Gupta || Kolkata Spotlight Team.
Posted by Bengal Spotlight at 6:06 AM

Viewing these incidents, if the coward hindu leaders of India do not awake from sleep, then they will make suffer the whole India. So, every patriotic person should stand against such destroyers immediately to keep safe from muslim fundamentalists.