Not a riot, but an Islamic Onslaught : CAAMB Reports on Deganga 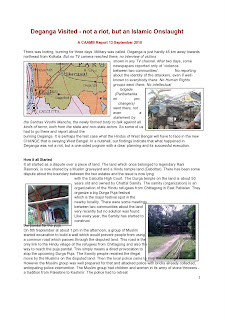 There was looting, burning for three days. Military was called. Deganga is just hardly 45 km away towards northeast from Kolkata. But no TV camera reached there, no interview of victims

shown in any TV channel. After two days, some newspapers reported only of ‘violence between two communities’.

No reporting about the identity of the attackers, even if well-known to everybody there. No Human Rights groups went there. No intellectual brigade (Paribartankami - pro-changers) went there, not even a statement by the Santras Virodhi Mancha, the newly formed body to talk against all kinds of terror, both from the state and non-state actors. So some of us had to go there and report about the burning Deganga. It is perhaps the test case what the Hindus of West Bengal will have to face in the new CHANGE that is swaying West Bengal. In a nutshell, our findings indicate that what happened in Deganga was not a riot, but a one-sided pogrom with a clear planning and its successful execution. Read full report below in pdf. 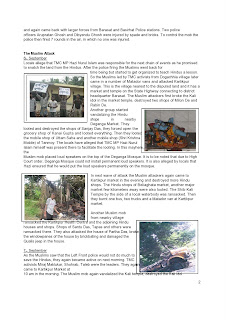 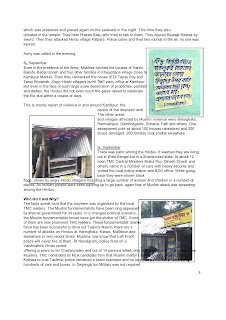 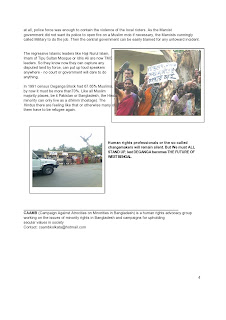 Posted by Bengal Spotlight at 11:04 PM

Labels: CAAMB, Deganga, Deganga : Not a riot but an Islamic Onslaught : CAAMB