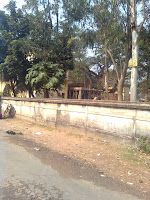 Why the Disputed Bigger Mosques in the premises of DH Criminal Court is being hectically constructed by SDO, Diamond Harbour? 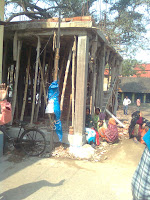 In the earlier report of this site dated 23.12.2011, it was elucidated a nexus between an Islamist lobby and the Sub Divisional Officer, Diamond Harbour for a reconstruction of a bigger mosque with a provision of two stories erection instead of its earlier small tiled shade construction there. One can see this report of [http://bengalspotlight.blogspot.in/2011/12/diamond-harbour-adminstartion-and-tmc.html] of Islamic bullying under a prominent support of the bribed (?) SDO. Aggrieved with the situation one RTI Activist Mr. Haran Chandra Mondal  submitted his application on 23.12.2011  for the required information. The SDO replied to that application with so many contradiction, which reflects his misdeed and helped the construction including the concrete roof (earlier it was a tiled and asbestos shed) of the disputed mosque in the night of 13th and 14th January, when the Hindus were busy for their Makar Sankranti Celebration.

If any one can go through the text of reply by the SDO, Diamond Harbour vide Memo No. 40- Con. dated 20-01-2012, it must be found a serious mode of this great SDO, DH (Sri Koushik Bhattacharya, Mobile +919434755222, email: sdo.diamond.harbour@gmail.com) for the violation of every norms of the relevant sections of attracted rules and regulations and acrimonious prejudice to permit a Bigger Mosque in Diamond Harbour Criminal Court premises.  The reply of the SDO to Haran Chandra Mondal dated 20.01.12 as follows. 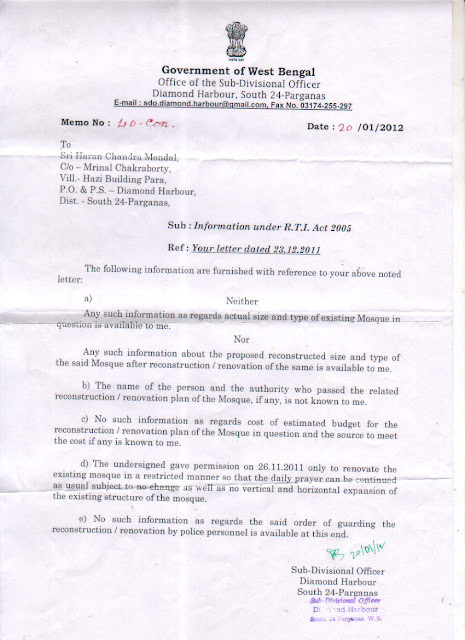 From above it is evident that the SDO, Diamond Harbour had to give the permission flouting all the norms only to make successful for his vowed construction a bigger mosque almost in front of his office. This Islamic lobbiest SDO does not know the sanctioned plan, budget for the construction, the old area and shape of the earlier mosques, nothing..., but he gave the permission to start a full reconstruction of that mosque in the name of simple renovation. WHY?

Being desatisfied, the RTI activist Haran Chandra Mondal again applied for further information on 24/25-01-2012, but the SDO did not give any reply even flouting the norms RTI ACT, 2005 even.

In the latest application, Sri Mondal wanted to know:

(1) A. Under which provisions of respective law, act, rules and regulation you have given the permission “to renovate the existing mosque in a restricted manner so that the daily prayer can be continued as usual subject to no change as well as no vertical and horizontal expansion of the existing structure of the mosque.” [vide clause (e) of Memo No. 40-Con. Dt. 20/01/12]

B. In what circumstances the renovation permission was felt so exigent.

C. Whether you have enquired the present matter personally or through any of your subordinates before giving the permission in question. If so, please give a copy of that inquiry report.

D. Whether the permission was given verbally or written against any written prayer from the Mosque Committee or any other end. If any written permission is given so far from the SDO, Diamond Harbour for the present matter, copy of the same please be given along with the cause prayer of it.

E. Please give the length, breadth and height of the Mosque with “no vertical and horizontal expansion” for which you have given the renovation permission on 26.11.2011.

F. Whether you have taken any suggestion, consultation, expertise or approval from any right authority or designated person including Diamond Harbour Municipality.

G. Whether your permission for the mosque in question was annexed with any renovation plan, layout, budget etc. If so, please provide the copy/copies of the same.

H. What is the present status of the mosque in question.

(3) Whether you have violated any Verdict/Order/Direction of Hon’ble Apex Court including the order of Justice Dalveer Bhandari and Justice Mukundkam Sharma dated 31st July 2009 or others in the related matter or not.

(4) Whether the Mosque in question is considered in Heritage Category under the West Bengal Heritage Commission Act, 2001 (West Ben. Act IX of 2001) read with section 23C of the West Bengal Municipal Act, 1993 or not.

(5) Whether any type of special introduction/consideration/relaxation/ exemptions have so far been initiated for giving the renovation permission for the mosque in question. 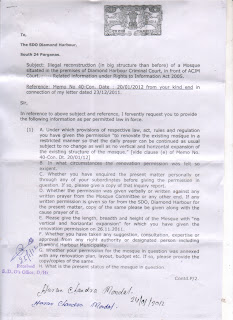 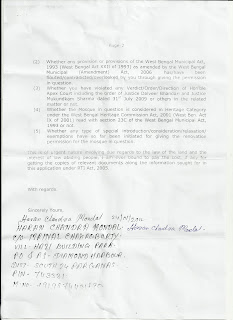 Now it is clear that in what extent the permission of SDO, Diamond Harbour for the mosque in question was made illegal.

From the current of the happenings, it is assumed that the SDO, Diamond harbour has nothing to reply against his gross violation of his oath to his chair and his masked leagcy of his Islamic lobby. As far as the available report, the concerned RTI activists is less interestd to put any reminder to the irresponsible SDO than to go to the court of law. The illegal construction of the disputed mosque is in the full swing under the earnest supervision of  SDO Diamond Harbour (Sri Koushik Bhattacharya, Mobile +919434755222, email: sdo.diamond.harbour@gmail.com), incidentally a Brahmin by birth.

Posted by Bengal Spotlight at 12:56 PM