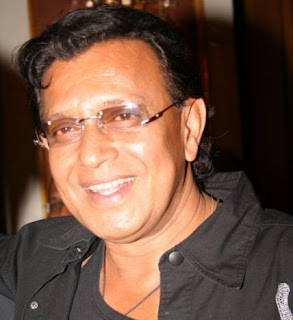 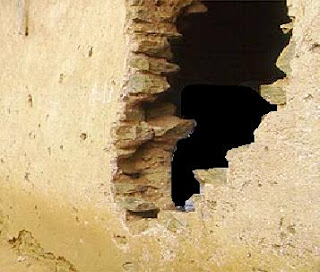 Even the famous Bollywood Hero Mithun Chakraborty’s property has not been spared by the Muslims of Nadia District. Mithun’s native place is Shantipur town in Nadia District, West Bengal. It is a predominantly Hindu majority town with a sizeable East Pakistani refugee residing there. Here, Mithun’s family owns a huge garden beside their ancestral home. The whole property is looked after by his 80 years old uncle Mr. Srikanta Chakraborty. Muslim populated locality Nikaripar is just adjacent to the Hero’s garden. It’s care-taker is also a Muslim as the Chakrabortay family engaged the fellow without any communal feeling. But the local Muslims habitually extracted money from Srikanta Chakraborty for a local club named ‘Azadi Club’ in a very forcible in many times. The miscreant Muslims vandalized the garden often to share the frits and other produces of the garden. But, due to the pressure of the Muslims Sri Chakraborty never dare to protest even.
Yesterday on 20th November, 2009, the Muslim boys demanded a few hundred bricks from the care-taker of the garden for some construction of the ‘Azadi Club’. The care-taker expressed his inability to give so as there is no brick in the garden. The boys told him to give the bricks by destroying the boundary wall of the garden in order to collect the bricks from the broken wall. Again the care-taker refused. Then last night the Muslim boys demolished a part of the boundary wall and took away about 1000 bricks.

Today morning when Srikanta Chakraborty went to visit the garden, he saw the broken wall and the care-taker reported him about the altercation of the previous day. This time Srikanta Chakraborty’s response was different because only a few day’s ago he got a copy of ‘Samhati Sambad’, the monthly bulletin of Hindu Samhati (HS), an emerging force of Hindu Youths. In that paper, one incident of Muslim vandalism on Hindus of Shantipur has been reported very candidly and boldly with a signal of spontaneous resistance there. It is a bit unusual in West Bengal scenario. So, the old man got courage. Seeing the misdeed of the Muslims, he went straight to Nikaripara and shouted upon the Muslims that this time they will not be spared because he would inform the matter to Hindu Samhati to take action. Then he contacted the local Hindu Samhati in-charge Dipak Sanyal to take up the case.

Sanyal reached the spot immediately and consulted the matter with Central Office of HS over phone. According to Central Office’s advice they together went to Shantipur police station to lodge a written complaint giving the names of the suspected accused. The accused culprits were Md. Apel Mondal, Khokan Ali, Md. Bashir and Kuti Dafadar. Fortunately the Police took prompt action, rushed to the spot and warned the Muslim culprits.

It worked. In the afternoon, 13-14 Muslim boys went to Chakraborty’s house. But, at that time he was away.

Today morning Srikanta Chakraborty, Dipak Sanyal and some other HS workers went to the spot. During the visit the members and miscreants of two Muslim clubs viz., Azadi Club and Moonlight Club jointly came to apologize and requested the Hindus to withdraw the Complaint lodged in the Police Station. The members of these two Clubs recently procured at least Rs.1100 from Srikanta Chakraborty by pressure for the occasion of Id-ul-Fiter. Moreover, they also claimed a piece of land for the purpose of erecting a sitting place of local Muslim boys with a hidden purpose to transform the land as a prayer place for Muslims.

Now the Muslims unconditionally apologised to Srikanta Chakraborty and promised to return the bricks of the garden. But, this time Mr. Chakraborty was enthused and furious. He was not satisfied with the return of the bricks only. He strongly demanded that only return of the bricks will not suffice and the broken wall must be reconstructed by the Muslim hoodlums without any delay. As per latest report from Shantipur the reconstruction of the damaged wall is almost complete. Again the strong arm tactics worked and Muslim anti-socials bowed down to a strong protest from Hindu sides.

In West Bengal the anti social elements under religious patronage have doubled their power with a clear support of both the Leftists and Rightist Political Parties.
Posted by Bengal Spotlight at 12:33 PM