Maoism has come to mean murder

It exhibits a perversion of mind to deceive desperately anxious families with reassurances after killing others in a ruthless and calculated act of terror. It takes monumental cynicism to declare that they are willing to talk and negotiate with the Government after boasting that the biggest ever operation, Venus, has been launched in an act of war against the State. 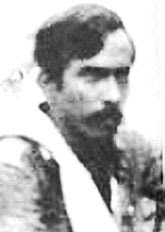 The Maoists have done just that. First there was the attack on the police station at Sankrail in West Midnapore, close to the Orissa and Jharkhand borders, in which two policemen were killed and one other abducted on Tuesday. That same evening, Maoist leader Kishenji alias Koteswar Rao, assured the family of the abducted man, Officer in-charge of the Sankrail police station, Atindranath Dutta, that he would be released on condition that the family succeeded in persuading the West Bengal Government to call off the joint security operations underway since June in Lalgarh in West Midnapore, Bankura and Purulia districts of the State. 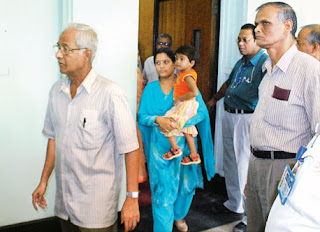 .................
The pitiless exploitation of Dutta family’s fear by the Maoists is a measure of their ruthlessness. It would require extraordinary courage for the Dutta family to grasp that the promises made by Kishenji, could be deliberate falsehood.

If the Maoists wanted to parley for peace, then why did they attack the police station, loot a bank and declare that Operation Venus was a full-fledged war that would be pursued with military tactics and obviously the capacity to inflict death and damage on a war-like scale? After killing two colleagues of Dutta, presumably in an act of war, what credibility do the Maoists have when they assure Dutta’s family that he would be safe? For the desperately anxious family, the assurance of safety, if it could fulfil the conditions laid down by the Maoists, is a straw to clutch. After the Taliban style beheading of Sub-Inspector Francis Induwar in Jharkhand, can the Maoists be relied upon to keep their word?

For, the Maoists are being squeezed. West Bengal is just one front. Leaders of the CPI (Maoists) have been picked up from New Delhi, Jamshedpur and clearly the noose is tightening around them. The appeal to negotiate by the man named ‘Ganapati’ echoed by Kishenji and emphasised by the abduction of Dutta is an indication that the security operations have made it difficult for the Maoists to function.
However, negotiating peace with the Maoists is a risky proposition.For there is no space with commonly agreed boundaries, rules and values within which the Maoists and the State can jointly operate. Maoist politics is based on waging war against the State. Maoists reject the Constitution of India even though they declare themselves patriots. The Maoists do not accept and certainly do not respect the rules under which Government in the State and the Government of India function, because the democratic system through which Governments are elected is an unacceptable form of democracy.

Maoist justice is different from the institutionalised arrangements and the norms contained therein of justice within which the rest of India’s civilian population functions. Maoist justice can drag out and kill a school teacher in front of his class because he has identified as a “police informer.” A child can be burnt to death along with her mother because the father was a “CPI(M)” supporter. Maoist justice, according to the West Bengal police, has killed over 80 people in the past one year, most of the killings have taken place in the last six months.

Maoist justice can siphon out, according to the Union Ministry for Rural Development, an estimated Rs 10,000-15,000 crore from the National Rural Employment Guarantee scheme. The money has gone to feed a killing machine that has declared itself at war against the State for the exploitation of the poorest. According to the Maoists, they are liberators of the exploited from the clutches of bourgeois landlords, who collude with the capitalists to deprive “indigenous” and “forest” people of their ancient way of life.

For the Maoists, human rights are violated when their cadre are picked up by the police, when their activists are injured in police action, when “forest people” and the “tribals” are “exploited” by the bourgeois political and economic order of which the Governments are servants. Others, including the men, women and children, even students working with Jean Dreze in Jharkhand killed by the Maoists, exploited by them have no rights because they are not human enough. To be human and to have rights, the poor must owe allegiance to the Maoists otherwise they are collaborators of the bourgeois system.

Antagonists of the State and by default apologists for the Maoists, from actor Aparna Sen to the permanent voice of protest Mahashweta Devi, have decried police action against innocent tribals in Lalgarh. They along with the Union Minister for Railways have called for the withdrawal of security forces and the end of the joint operation in the forest areas of West Midnapore, Banukra and Purulia. They and Ms Mamata Banerjee have called for the ouster of the State Government, an end to the persecution of the Peoples Committee against Police Atrocities leader Chatradhar Mahato.

And now, even as the rest of India tensely waits for the outcome of the abduction of Dutta, the Minister for Railways has once again questioned the legitimacy of the security operation.
Posted by Bengal Spotlight at 1:26 PM