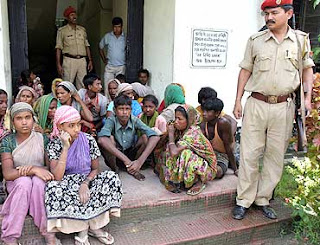 Two crore illegal Bangladeshi migrants are now staying in India. 600 deported last year as states reports say public. 80% of them are Bangladeshi Muslims. They came as daily labour, beggars, drug peddlers, prostitutes, pilferer, patient for treatment or for a silly cause to stay here: investigators report.

Estimates sent by the state governments have given an official number to what has been known informally for a very long time — that illegal migrants from Bangladesh now comprise at least two per cent of India’s population. 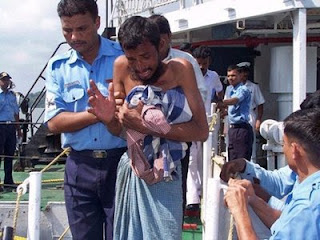 According to “very conservative estimates” of the state governments, the total number of Bangladeshi citizens residing in India without proper documents or permits would be in excess of 2 crore, government sources have told The Sunday Express.

The state governments had been asked to send estimates of the number of Bangladeshi migrants living in their states and also the number of such people who had been deported back to their country. Most states have now responded. 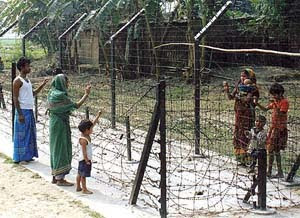 According to these figures, not more than 600 Bangladeshi migrants had been deported to their country in the last one year and the possibility of many of them finding their way back is not being ruled out.

Migrants from Bangladesh now live in every part of the country. Besides West Bengal, Bihar, Assam and other North-Eastern states — the known places where these illegal migrants have been able to settle down — Maharashtra, Delhi, Haryana, western Uttar Pradesh, and Karnataka are new regions having large concentrations of Bangladeshi citizens. Sources said these were also areas witnessing rapid urbanization and development, and therefore, offering job opportunities to these migrants.

Though it had asked for the data from the states, the Centre was still undecided on what use to put this data to. 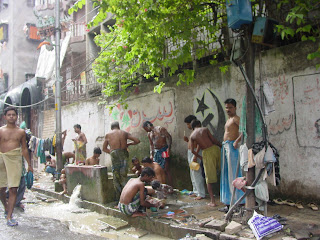 “This was mostly an academic exercise, not aimed at any particular objective. The figures that have come out are only estimates, but they are reliable estimates,” a senior government official said. He said as of now there was no clarity on how to deal with this migrant population.

“That is something that the political leadership will have to take a call on, probably after obtaining a consensus on the issue. Migration from Bangladesh has huge social and economic aspects apart from having security implications. There is no easy way to tackle this issue,” he said. 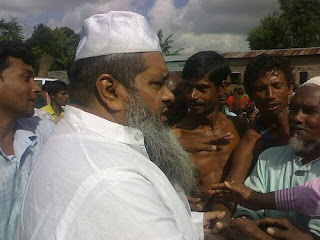 An investigation reveled that these illegally migrant Muslims are generally take refuge to their Muslim relations in India residing in Metropolis slums or Muslim majority areas. Most of the political parties use them as block vote bank. Even they are provided with voter cards and ration cards in India.
...
It is estimated that 39% illegal Bangladeshi Muslim migrants are staying in West Bengal, while 25% of them are in Assam & North Eastern region, 20% of them are in Maharashtra, Delhi % Uttar Pradesh and the 14% are in the rest of India. The situation is alarming as now perceived by the Centre and the States as well !!
..
Some years back the the illegal muslim migrants from Bangladesh (in lungis and fez) took out an procession in Kolkata streets and marched upto Calctta Press Club demandin their citizenship rights in India.
posted by : Sambuddhha Gupta
..
Posted by Bengal Spotlight at 11:04 AM