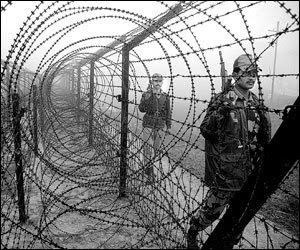 More than 70,000 Bangladeshis missing in India

Home Ministry is perturbed over reports of disappearance of Bangladeshis after their arrival in India.

New Delhi & Kolkata: The Home Ministry of West Bengal is not taking the issue seriously. But the Central Home Ministry is perturbed over the continuous reports of overstaying and disappearance of Bangladeshis after their arrival in the country with more than 70,000 people travelling on valid documents still missing since 2006 in addition to illegal immigrants. Most of these Bangladeshi over stayers and the illegal infiltrators are trying to make their own MINI BANGLADESHI HOME LAND at Delhi, Maharashtra and obviously in West Bengal. The situation is alarming in one word.
..
Home Ministry officials said on an average about 21,000 Bangladeshi nationals, who come with regular visas, either go missing or have been overstaying every year in the country.
This is in addition to the scores of illegal immigrants who regularly cross the porous Indo-Bangla border. In fact, the Indo-Bangla border in West Bengal is now controlled by the Trans Border Bangladeshi Mafia Dons and the majority Bangladeshi Muslims there. “For overstaying, we have deported 15,000 Bangladeshi nationals in 2005, 12,000 Bangladeshis in 2006 and 11,500 in 2007,” a Home Ministry official said.
..
In addition to that, 25,712 out of five lakh Bangladeshi nationals who came to India, did not return after expiry of their visas in 2007 while more than 24,000 remained missing in 2006 when 4.84 lakh had entered India with valid travel documents.
Interestingly, the BSF, which guards the 4,095-km-long porous Indo-Bangla border, has recently disclosed that 12 lakh Bangladeshis, who had entered India between 1972 and 2005 with valid documents, have not returned home.
..
The Central Government has adopted a multi-pronged approach to contain infiltration from Bangladesh which is posing serious security threat as probe in almost all recent serial blasts in different parts of the country has links to India's eastern neighbour, the official said.
..
The overall situation of Nadia, North 24 Parganas (specially in Bashirhat & Barasat Sub Divisions), South 24 Parganas ( specially in Kakdwip, Canning & Baruipur Sub Divisions), Kolkata ( in Raja Bazar, Khidderpur, Watt Gaunj, Park Circus areas) and other muslim majority areas has been worsened in the last few years due to "'minority'" appeasement by all the political parties in West Bengal, aiming only to muslim vote bank here. Many places in border districts like Nadia, Malda, Murshidabad, Uttar Dinajpur, Dakshin Dinajpur, South & North 24 Parganas and near-border districts like Howrah, Kolkata and Birbhum have been captured by the Bangladeshi Muslims as their strong hold.
..
The missing Bangladeshi visa holders (most of them are evidently muslims) and the illegal muslim infiltrators @ immigrants are expanding Bangladeshi territory inside India, getting the ration cards, voter identity cards, political patronage, every thing here. But the Hindu Refugees still coming in India from Bangladesh or came earlier remain in the peril and are being treated as second class citizen here in India also minus the Islamic torture in Bangladesh.